Once upon a time,there was an alien called Frank.He was a leading light for his country.He was a four armed and legged,handsome and soft touch person who agrees easily with anyone except his sister-Brenda.She had got a short fuse and it was not all. She had dozens of psychological problems if they need to give a pakem-currency of planet Tamaran-for every psychologist she went,they would be the richest living things in universe.And whenever something important happened,they were always at odds.They were generally saying the same things with different ways but they were so focused on being right so that they never accepted one another’s idea.If we need to keep talking about Frank,he likes going to bed late,he is a definite night owl.One detail about Frank,he was obsessed with sports,he was a huge fan of it.But cause it was banned in his planet,he was about to have a flight to another planet.

First, he thought it would be a piece of cake to find a planet.But it wasn’t because all planets had different cultures and he was at sea,he was very confused about where to go.A planet appeared in the satellite suddenly.It was Earth!A small planet with one satellite but it was far away from Tamaran.Frank was not concerned about the distance between Earth and Tamaran because he was professional about riding a spaceship.And also he had bigger concerns like what to tell to his parents and how to tell it.But then he thought that it would be a white lie.However, inner voice of him told him that it was best not to have any skeletons from past.He was so passionate about sport that he didn’t listen his inner voice.And he knew that it was a long shot for their parents to be estranged from him for a long time.The scary thing was that there wasn’t enough information about earth except cultures and living conditions because no one had been there before.But the good thing was that it would give him a head start,the idea of giving all information about a planet by yourself without Brenda.In real,Brenda could figure out things easily because she was clever but Frank took his precaution.He was going to use the spacecraft far from Brenda’s workplace.He went to spacecraft zone secretly and he entered the coordinates.

And finally Earth!There was a beautiful environment and a dirty air which was caused by dirty buildings and factories.It wasn’t the most beautiful planet though it wasn’t so bad.Suddenly,he realized that he forgot to delete computer’s past searches.He went to his hidden spacecraft and tried to connect with the computer in Tamaran but it was a dead loss.He felt like a fish out of water,he wasn’t comfortable because his sister can find anything if there is ruins.She excelled herself with computers and Earth was a dark horse that it would be so doubtful to search for it.But then he thought that he was not able to do anything for this situation.

He took his navigation and went to the biggest stadium on the earth,which was in North Korea.While he was going there,Brenda found the planet to which Frank went.And she prepared for flight to the World.Frank got his ticket for the match and match started and also his sister came to the Earth with the biggest space ship.Their ship was flying just above the stadium in an invisible way.They used their magnet to get Frank to the ship but something went wrong and in the end, all stadium was flying.Then Brenda used the smaller magnet and people in the stadium had a close shave while pulling the Frank up.Eventually,Frank was at the ship and Brenda was extremely happy because she had a strong evidence on Frank there.Their parents came and they were very angry about the situation about which Frank was guilty.Frank was punished.

After two days, Brenda told her parents that it wasn’t only Frank’s fault,they planned that plan together.Then Brenda got the same punishment which was staying at home for a month with Frank.After a month,they were the best friends of each other and their parents were very happy about it.They lived happily forever. 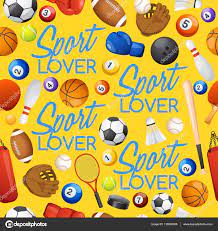