Favour is a relative notion which can change an abhorrent behaviour into a felicitous satisfaction.The biggest favour to humanity is  thought to be the enhancement in science which is by courtesy of experiments.Experiments can be described as roots of a tree which is giving comfort and wisdom as a fruit for humanity.This process which is similar to normal trees comes with a cost depending on how big you want your apple to be.But is it righteous to exchange lives for pleasing some other people who want to watch their televisions in a more comfortable way?

Experiments are essential for humanity to improve and develop in many ways.They are the source of our science,technology and the current life.But this significance has extended to a human life.Some dangerous experiments are done even though there is probability of a person to lose his life for someone else’s insatiable greed.Value of human life is priceless as Edgar Ramirez said:’For me, no ideological or political conviction would justify the sacrifice of a human life. For me, the value of life is absolute, with no concessions. It’s not negotiable.’Not only does it harm humanity but it also destroys the nature around it.For example,in Chernobyl disaster,all life was annihilated for a bunch of energy to save some money.None of the money or development is able to return a living being’s life.

Nevertheless,some vital experiments for animal and plant life should be conveyed to keep species alive.But while we try to protect ourselves,we shouldn’t contravene moral rules for the sake of someone.Even though it will protect millions of people,it won’t change the fact that a life is exchanged for a life which cannot be assessed more important than the other.

In conclusion,If a favour is done to protect majority of society by posing some part of it to danger,it will be nothing but a massacre concealed with a good cover. 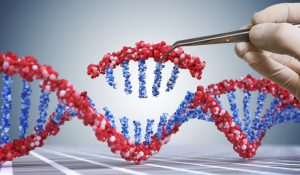