We’ve been living on this earth for thousands of years now and only recently we started killing it slowly yet painfully. We chose to pollute one of the few planets that we could sustain a living on and burn slowly with it and now we have to desperately struggle in order to keep it alive.

Our earth continues to heat up due to various reasons, most of us are aware of that fact. We started calling it global warming and it is now one of the biggest issues without a lot of solutions and the few solutions we have are really hard to apply effectively to the whole world. One of the only and most competent solutions is to reduce our emission of greenhouse gasses and wait for the earth to heal slowly over time. This method seems to be too late to apply especially for countries that are not developed enough or because of the countries that refuse to cooperate. This selfish behavior from many countries has caused many problems but also the help from the cooperative countries has made a huge difference in our greenhouse gas emissions.

The possibility of stopping or at least reducing global warming still remains but as time goes on the chances of being able to stop global warming goes down at an incredible rate. From a study that has been conducted to calculate the loss of ice mass from both the Antarctic and Greenland. The rate of ice mass per year has been steadily increasing for the last 2 decades. This study also shows that the ice sheet loss for Greenland has more than doubled and for Antarctica, it has been more than tripled. Also, the graph below shows a glimmer of hope for the ice sheets, in recent years the melting has seen a decrease. This decrease could be caused by various factors but one thing is for certain and that is we still have a long way to go if we wanna stop global warming or at least stop it from affecting the next generation. 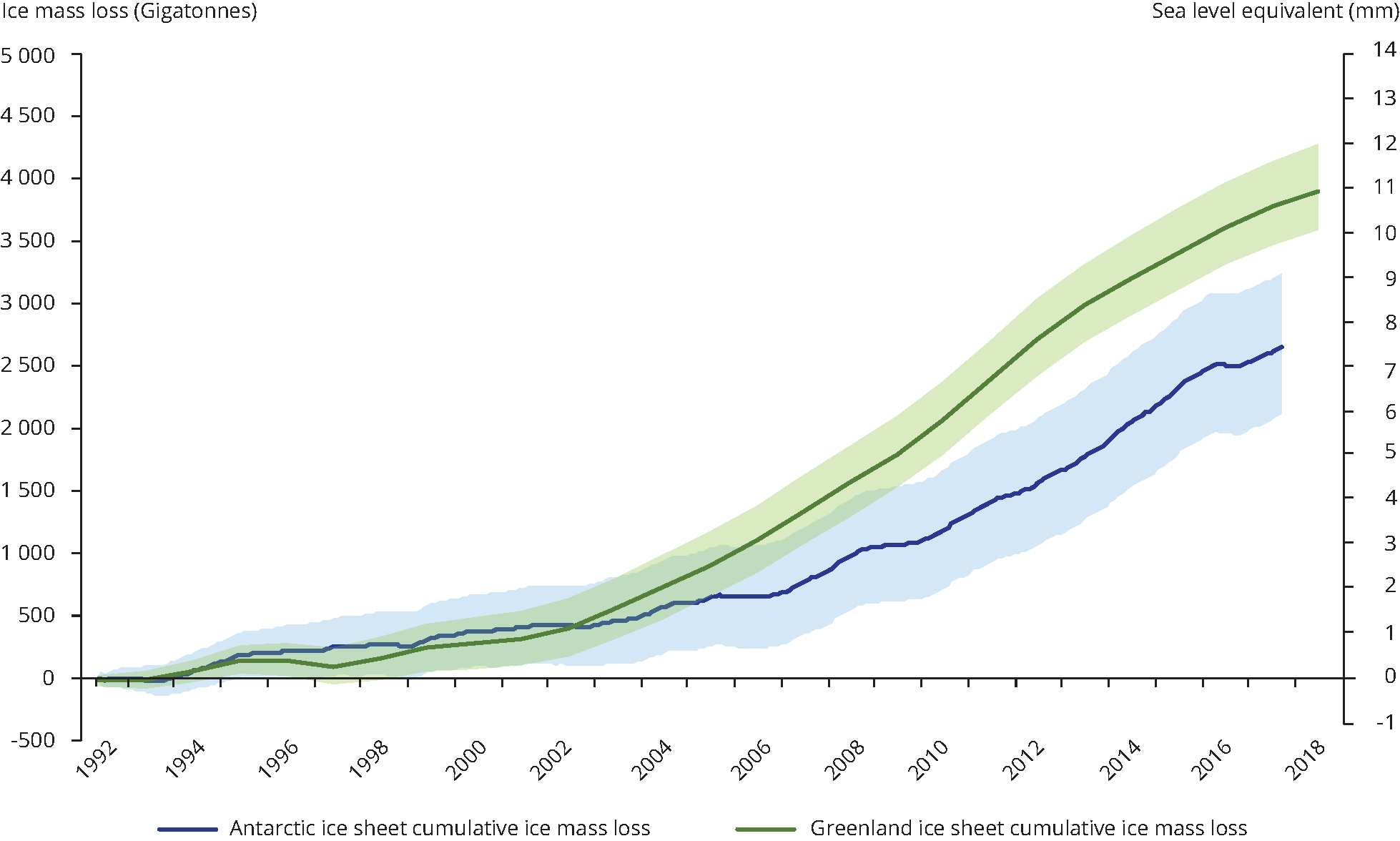 Overall I think we still have a chance to stop global warming from getting worse or even create a healthy environment which our world can heal in but it would not be possible even if most countries cooperate. We can not completely stop people from polluting the world but we can educate them to discourage them from their habits.