I turned on the TV and skimmed the news. Femicides, climate crisis, early elections, Alevi families whose doors are marked, falling purchasing power, police brutality, stray animals coveted their right to life… As the news changed, I felt like I couldn’t breathe, and I was startled more and more by each one. All of that was just one day’s agenda. Recently, the country has gotten out of control, and people have become unsure of what to do.

I turned off the TV and faced my feelings. I was angry at all this happened, and most of all, that I couldn’t do anything. I felt inadequate and helpless. I lay on my bed, breathe deeply and close my eyes. And I dreamed of a country covered with seas on three sides and love on four sides. This was my country, where people approach each other with understanding, tolerance was the subject of poems…

My country was beautiful. Women could go out on the streets without any fear, and they didn’t have to walk through the side streets by squeezing the keys they took in case it would be a knife in their hands. It was not known what violence and murder were, men and women were equal.

People were not dissociating from each other because of their beliefs, a Muslim and an atheist could be best friends.

The animals were safe on the street, no one neglected to leave a bowl of food in front of their door. The cats did not run away from people because they had never met the hateful people chasing them.

The people who lived in this country were enlightened, honest, and republican, and so was the government. Secularism was defended, religion was not used as a tool to manipulate people. The heads of state were not proud of the mosques they built, but of science, culture, and art centers and schools.

Our money was quite valuable and the unemployment rate was very low. The taxes we paid were not used for the electricity bills of the palaces, and there was no allowance for the gasoline of the deputies’ cars.

Votes were not stolen, justice was not questioned. While the judges were making decisions, they did not know whether the person was rich or poor, who was behind him, or from which family.

Everyone was respectful to nature. Trees were not cut down to build shopping malls or roads; there were never deliberate fires to build a hotel. There were centuries-old plane trees, children who grew up playing in the squares and shadows of cities, one day would sit with their own children under those great trees.

The education system was realistic. Young people were directed to their interests, they were not treated as idiots who could not do the math. And they were finally becoming productive individuals doing what they loved. 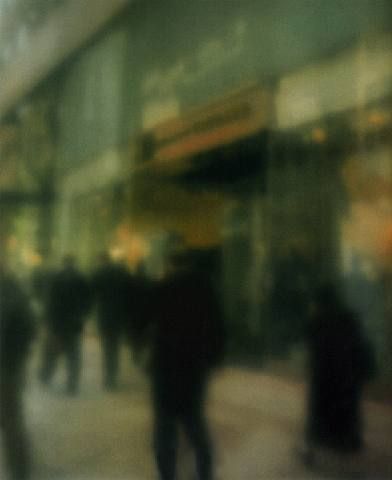 I opened my eyes to my alarm. There were responsibilities, work to be done, and places to catch up. Still, it felt good to dream. I knew I wasn’t the only one dreaming of this, and collectively dreamed dreams always radiated stronger energies than individual ones. I chose to believe that one day they would all come true and we would all be happy at the end…