I closed the door of my apartment before tossing my keys into the little jar I usually keep them in. That jar with colorful flags painted on it was an old gift from a friend, well- ex-friend. One specifically lost their battle against their mental issues, at one of the least expected turning points of their life. But quite frankly it never feels like they’ve been gone all this time, it’s like they’re still here…somewhere.

I know it might sound crazy, but hear me out. I’d like to believe in the fact that some spirits like our universe too much to say no at an unexpected time. It’s really hard for some to let go after all. I probably wouldn’t mind and just go wherever I’m supposed to after being deceased, perhaps death would be more merciful than life itself.

The air felt dense on my dry skin as I walked inside, maybe it was from the closed windows or the thick curtains that were drowning my living room in a pitchless dark. I could have sworn that I saw something floating in the middle of the darkness just then. It wasn’t like I was tired or anything, even so, I never had such illusions. It was hard to pinpoint the issue so I decided to sleep over it.

I couldn’t believe what I saw when I opened the door to my bedroom. There it was, I knew I wasn’t hallucinating. The ghost of my friend was just right there, flying close to the broken lamp in the middle of my bedroom’s ceiling, with the tiniest of light coming from it. I took careful steps towards the middle of the room, right below where they float still. I could see their transparent eyelids trembling ever so slightly when I squint enough, they looked sad. Much sadder than how a numb spirit is supposed to look.

“What’s wrong hun?” I asked with my softest tone, scared to spook them away. They looked down at me as an answer, almost as expecting me to understand it all from the look in their dull, faded blue eyes. I used to adore those eyes, once upon a time when they were full of life and hope. Their voice sounded echoey even though there was no echo from the room, it was their own voice. Their eyes locked on mine for a brief second before I decided to lay down on my bed and look at them from there. It seemed like they would be here for a long time. Their lips parted after seconds that felt like an eternity of just gazing at each other, they spoke quietly. 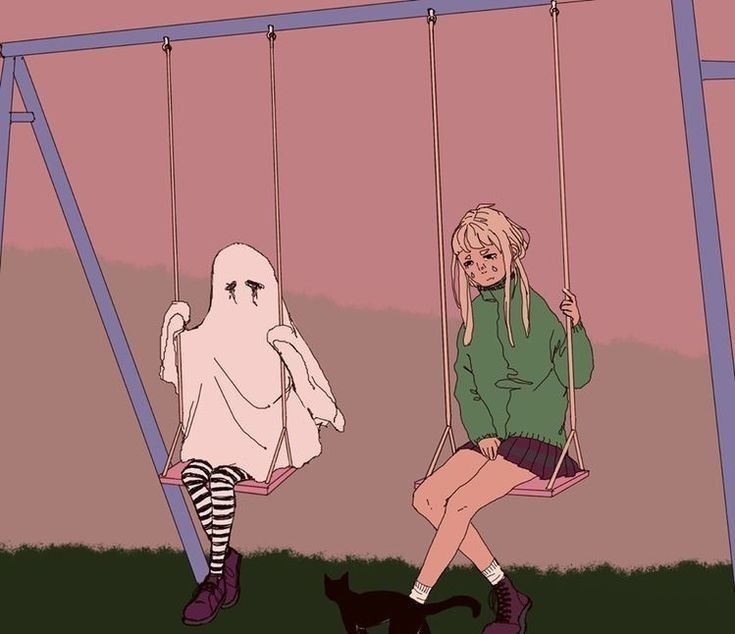