Apartheid, meaning “apartness” in Afrikaans, is the regime that segregated the whites from non-whites in South Africa. When the National Party came to power in 1948, the white minority started to lead the government and their first decision was to officially start the racial segregation by declaring that the non-whites would no longer be able to vote. Deprived of their right to vote, the non-whites sought peace and equality. As the government kept legalizing the segregation between the races, the Apartheid regime officially began.

It is my belief that the Apartheid policies only arose due to the white minority’s fear of not being elected during the elections. The thought of losing their power initiated a sense of dismay and they finally forbade non-whites from voting. In contrary to being dominant and powerful over the country, I believe these laws only prove that the white government was nothing but apprehensive when it came to rule.

The segregation continued by the formation of acts that officially legalized it. For instance the Separate Amenities Act (1953) prohibited non-whites and whites to be in the same public transportation vehicles such as buses or trains; to be in the same beach, to use the same toilets or alike public services, and several other instances where both races were segregated from each other. The Land Act (1913) also became stricter during Apartheid. According to this Act, there were certain areas allocated for the whites and black people were not allowed to live there or even purchase land from the aforementioned areas. The Group Areas Act which was formed in 1950 also supported the idea of separating residential areas according to race. Although the majority of the population was black, the white oppression had begun to make their lives unbearable economically, socially and culturally.

Demonstrations and protests were carried out by the non-whites in order to express their resentment and rancor. The police repeatedly chose to open fire against the protesters, taking many black people’s lives. After some point, countries such as the United Kingdom and The United States finally broke their silence and stated their disturbance for the racial segregation that was being conducted by the white government and decided to impose heavy sanctions on South Africa. The country was also forced to withdraw from the Commonwealth, in other words, they were kicked out. Although South Africa finally abolished a part of the existing laws, life for the non-whites was still not easy at all as the police were granted powers to strike non-whites whenever they deemed necessary. 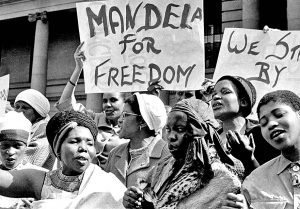 After several years, the Apartheid regime had been condemned throughout the world. South Africa’s economy was declining as a result of the heavy sanctions imposed by powerful countries. The ruling Nationalist Party finally lost their enthusiasm for Apartheid and cut their support. When F.W. de Klerk administration finally took over, he repealed some of the laws that were in favor of Apartheid policies and freed political prisoners. Nelson Mandela, the savior of blacks in South Africa, was finally released after 27 years in prison. Being a black person himself, Mandela was an anti-apartheid activist and never stopped fighting for what he believed in. His mindset was to follow peaceful ways to earn their freedoms back. Finally, on July 2, 1993, Klerk decided to hold all-race elections for the first time, giving black people the right to vote. After this declaration, United States lifted their sanctions on South Africa, relieving them of economical issues. 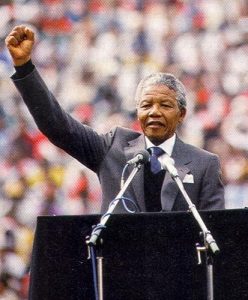 On May 9, 1994 Nelson Mandela was elected as the first black president of South Africa after the apartheid regime officially had come to an end. Although the racial segregation ended according to the law, the tortures and the Apartheid ideology has been embedded into people’s heads. And to this day, racial discrimination can be seen throughout the country.