The remains of living things, plants and viruses that lived ages and centuries ago are considered in our hands. It is quite surprising that we know so much and dominate so little of the world.
For example, without these archaeological discoveries, we would not be able to prove whether dinosaurs were a myth or not. We would not know what our predecessors thought or lived. That’s why archaeological discoveries are really important. Coming to our main problem, what we are asked is, do I have the energy needed for Humanity, important archaeological discoveries? In his essay Death, Montaigne refers to greed and tells us, “Why don’t you know how to get up from the table of life like a satisfied guest with a full stomach” these words

actually guided me. Why don’t we just get the energy needed for humanity? Why do we need more, or at least why do I want to have both and take the risk with archaeological exploration? Here the greed in the human nature becomes dominant. If I had no intention of taking a risk, I would immediately choose option 2. But I couldn’t help but think that if we had discovered a new continent in that archaeological discovery we were going to explore, and we would have found tons of water from there, we would have found the necessary area for a lot of plants and energy, on top of that, new settlements would form for human beings, maybe new animals, new mines, even new elements could be discovered, of course, none of these options were in proportion. We would return empty-handed, unable to relieve the world in terms of energy.
It’s good to take risks, it can put you ahead in life or teach you a good lesson, but things like life safety or human life cannot be negotiated in life. That’s why I would definitely choose an energy source option that will relieve the world. 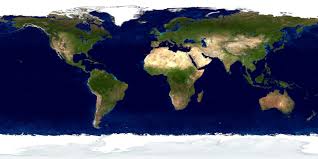